Skip to content
WELCOME TO YOUR GUIDE TO SOUTHERN YORK COUNTY 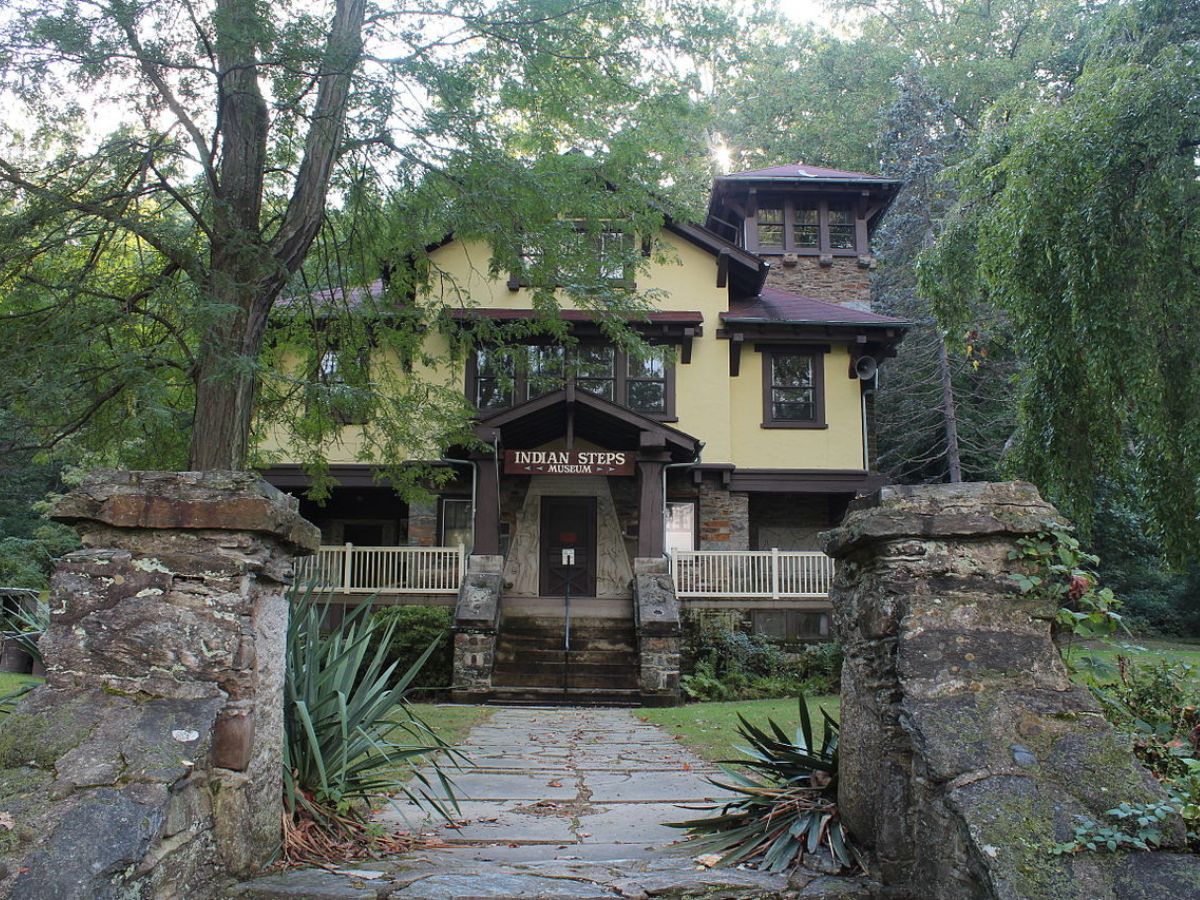 The Indian Steps Museum is among the five properties that the Conservation Society of York County owns and maintains. It was originally constructed as a cabin in the early 20th century by John Edward Vandersloot. He was a wealthy lawyer from York County in the state of Pennsylvania. He embedded his collection of local prehistoric Indian artifacts in the interior and exterior of the cabin.

Set along the Susquehanna River, the cabin originally showcased local arts and crafts. Vandersloot was fond of the history and culture of Native Americans. He had constructed this cabin as proof of their long history.

The embedding of the relics of York Country’s first residents took place in the cabin. These relics included arrows, stone axes, and spear heads. Vandersloot liked fishing, hunting, and discovering ancient artifacts along the Indian Steps area. Gradually, his collection of the Native American artifacts began to grow.

Construction of the Indian Steps Museum

There came a point when Vandersloot’s collection became so vast that it couldn’t be stored. He then decided to preserve his collection by constructing a building. The construction of the Indian Steps Cabin took place in 1912. It celebrated the culture and ancient civilizations of Native Americans.

The artifacts embedded throughout the structure reflect the extensive research of Vandersloot. In the 1940s, this cabin became a public museum and was named the Indian Steps Museum. In the year 1990, the museum got an entry in the National Register of Historic Places.

For operating this museum, the Conservation Society of York County doesn’t get any state or federal funds. It keeps going through donations and fees for programs, tours, and educational opportunities. Revenues that come from the sale of items in the gift shop also supports the museum’s operations.

A memorial to the Native Americans

The original inhabitants of the area surrounding the Indian Steps were the Algonquians. After them came the Susquehannocks, who stayed in the vicinity of Indian Steps from the early to late 17th century. The Shawnee people were the last Native American tribe to settle along the Susquehanna River.

They moved westwards in the 18th century. Today, you’ll find artifacts that date back to 10,000 BC in this museum. Some of the unique details of the museum include exquisite stone work and a massive table made of sandstone.

The outer building was originally a ceremonial fire place with a large chimney in its center. The building is now an archaeology lab. Indian Steps Archaeology Team uses it to store artifacts for education and processing.

Conservation Society of York County operates the grounds of this museum and the trail nearby. You’ll come across an abundance of native plants, trees, and animals while exploring the area. A rock shelter and waterfall awaits you upon hiking up the trail.

4 Most Attractive Churches in Pennsylvania